Lord of the Rings quotes pilfered through my brain. I can’t recall the taste of food…nor the sound of water. With each foot placed at a slightly higher elevation than the last, I thought how fitting it was that the volcano I was climbing be used as Mount Doom for the movies.

I was hiking the Tongariro crossing with friends from the spiritual community I’d been staying at. It was time to move on and with two cars between four people we organized ourselves to camp near Taupo before dropping off a car at one end and heading to the other side.

Less than two hours into the advertised six hour hike I knew I wasn’t in as good of shape as I used to be. I meandered up the steps, my friends patiently waiting at a plateau in the trail. Waves of memories washed over me.

I was nine years old, playing in the hay bails my brothers and I had rolled together into a fort. Our game of tag raged on with Smokey the dog ecstatic to be involved in our play. I slid down too close to the ground and my foot touched soil. I was “out.” Those were the rules. But it was my birthday and, after all, I was the youngest. I got another chance, another point to keep me in the game. I was used to being the last. The slowest.

Our hike quickly brought expansive vistas into view. New Zealand is a country of volcanoes and our new elevation enabled us to see more in the distance. Breathing heavily I urged my legs on. One more set of stairs and then a break. Once more cresting over the next hill.

I couldn’t help but feel like there I was, crossing over this popular trek with the same patterns from my youth playing out within me. The urge for it to be easier crept over me. The thing is, no one can make it easier. It’s up to me to carry myself forward.

There are a couple of side treks off the main path. One leads to the very top of a volcano with panoramic views all around and a glimpse into the crater below. Three hours it said. I told my friends if they wanted to do it they should. I’d been worried they had already tired of waiting for me. I didn’t want to be a burden.

“Oh c’mon, we can do. We’ll take our time, it’s no problem.” Anna’s comforting southern drawl encouraged me. Okay, I would hike up Mount Doom.

The task ahead of me turned into more than just a volcano to conquer, it morphed into a symbol of wanting life to be easier, of wanting things to be done for me rather than relying on myself. I thought that at the top of that hill I would find peace with my “always the youngest” attitude. I aimed to let go of expecting rules to be broken for me.

Soon it became clear I would not make it to the top. Encouragement aside, even Anna’s complete acceptance and faith in me could not bring my legs up that slope. The elevation gain made me dizzy. I began to fear the descent. Parts of the hike were covered in tiny pebbles with every step forward sliding back 50 per cent. Other sections meant scrambling over and around boulders of volcanic rock. Eventually I knew I wouldn’t make it. I’m glad to be with you Samwise Gamgee. Here, at the end of all things. 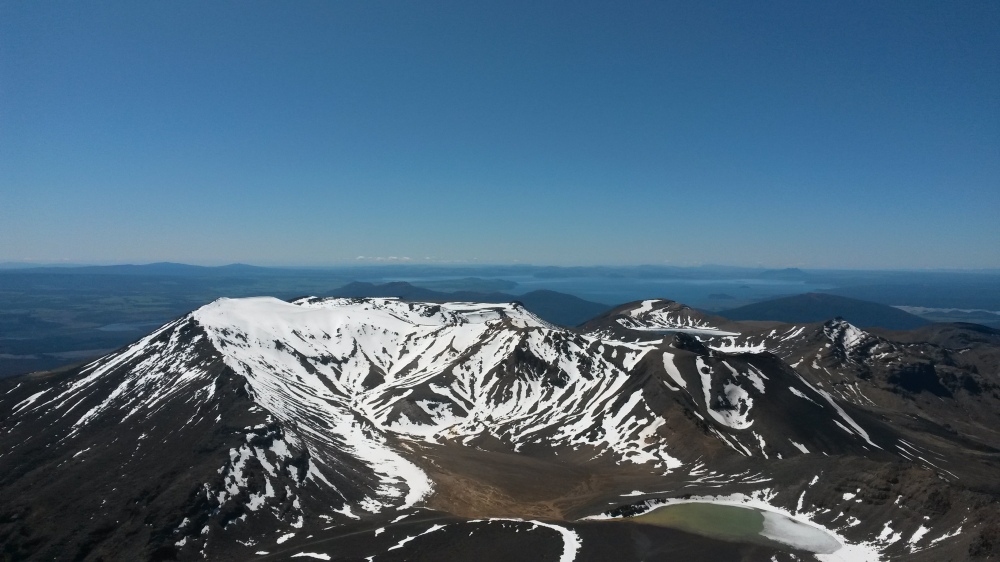 I’d climbed more than two-thirds to the top when I bid my friends enjoy the view for me. Turning around I was happy I’d be able to take my time going down. I moved at my own pace. Stopping on a rock someone following my trail got closer. “Are you okay?” he asked?

“This is scary,” he said, “I want to get it over with as quickly as possible.” He scampered down below me and now I followed his path instead of him following mine.

I was disappointed I hadn’t surmounted my symbolic rite of passage, yet in many other ways I wasn’t. What if I simply am who I am? What if birth order has nothing to do with it? There are plenty of youngest siblings who are the daredevils, the risk-takers, the ones willing to climb to the top of every peak.

I began to take different lessons from Mount Doom. It’s true that I’ve made my way around the world on my own in a lot of ways. The line between healthy, supportive community and immature reliance is not that narrow.

There will always be that part of me that likes to take it easy, exerting myself beyond my abilities—and, lets face it, shoe choice—won’t prove who I really am. It’s not something I want to identify with.

After getting back to flat land I ate some food and continued on. I figured I would meet up with the group at the top of the next, gentler summit. We did have over half the hike ahead of us.

We eventually met up and started downward. The almost-full moon greeted us from under the horizon and scraggy hills played in the soft light of sunset until we reached the forest. Our last hour was hiked in the dark, stark moonbeams sliced through the trees illuminating the way. We were forest nymphs. It was magical.

Crossing the Tongariro was a pilgrimage like all of life can be a pilgrimage. I was happy to share it with such fabulous beings and happy to have learned about and accepted even more parts of myself.